Levant is a Middle Eastern restaurant that stays well outside the box of your usual shawarma shop, serving up Sicilian-Levantine pizzas and unique kunafa flavors when it comes to dessert.

The Bloor West spot has only a few tables inside and colorful tiles on the walls and floor inspiring Middle Eastern sentiments with treats from local bakeries of the Persian and Italian variety at the counter.

The owners Nader Quwasmi and Tamer Agha are both from the Levant. Quwasmi is of Palestinian descent and was born in Canada while Agha is originally from Lebanon and arrived in Toronto via Dubai and Calgary. 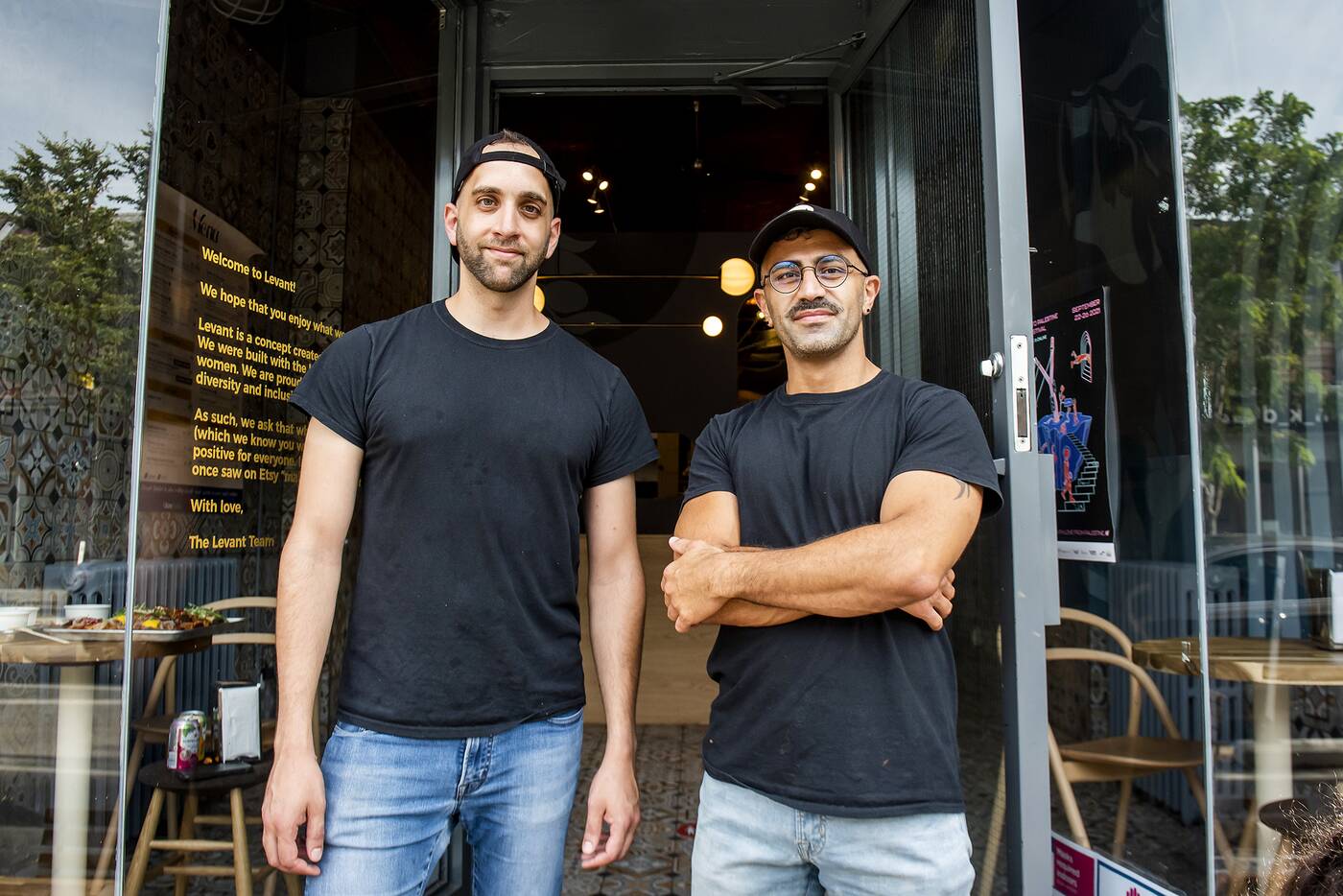 Quwasmi gave up a job in real estate to open here with his friend, finally pursuing a long-standing love of cooking. Although he didn’t spend much time in the kitchens, he grew up in the family-run Middle Eastern restaurant, The Highland, in Keswick, just an hour north of Toronto. 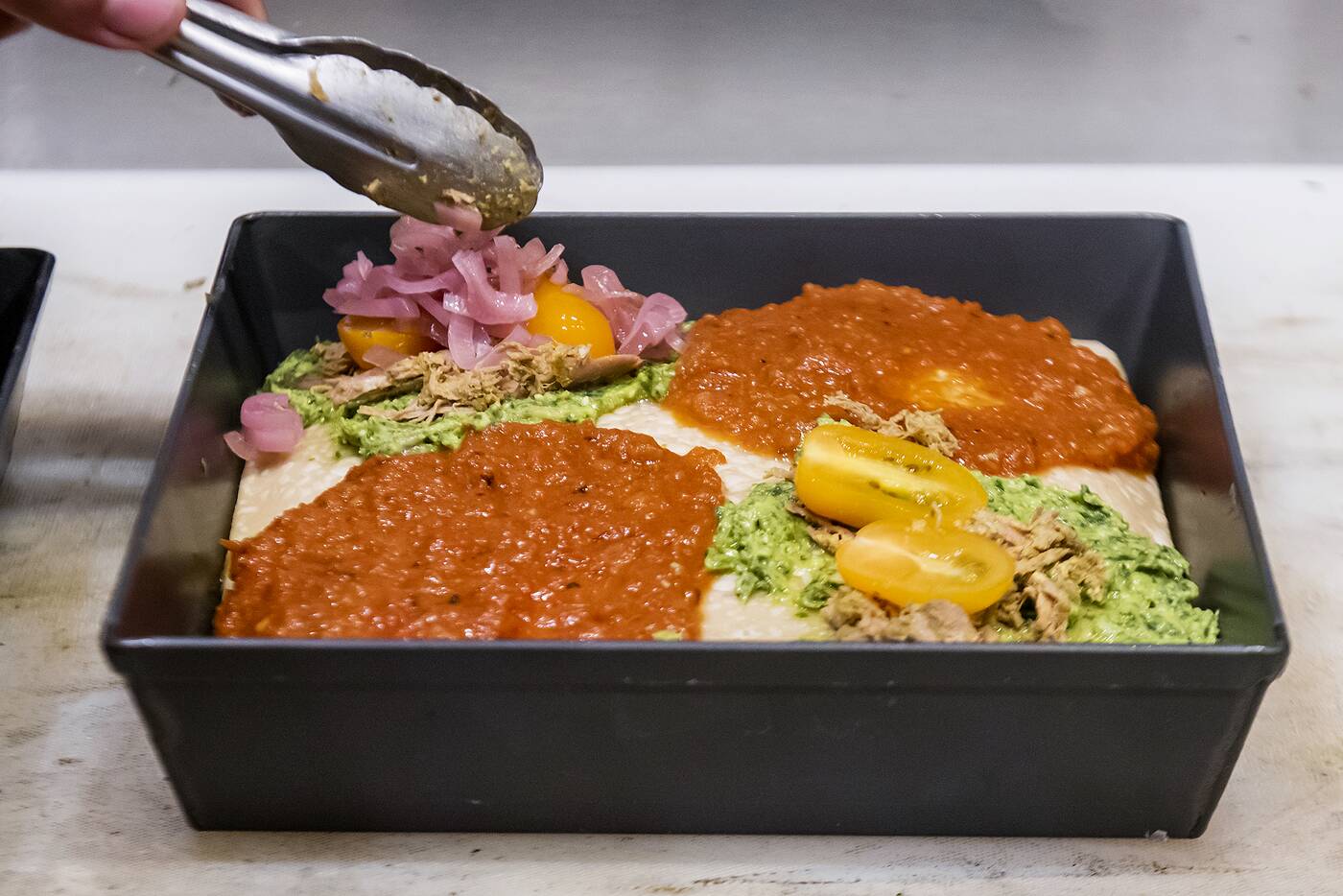 Levant brings something new to the table in a city teeming with shawarma venues with its square pizzas to mix with Sicilian dough and Middle Eastern toppings. Although there is a slow roasted lamb shawarma pizza if that’s what you fancy. 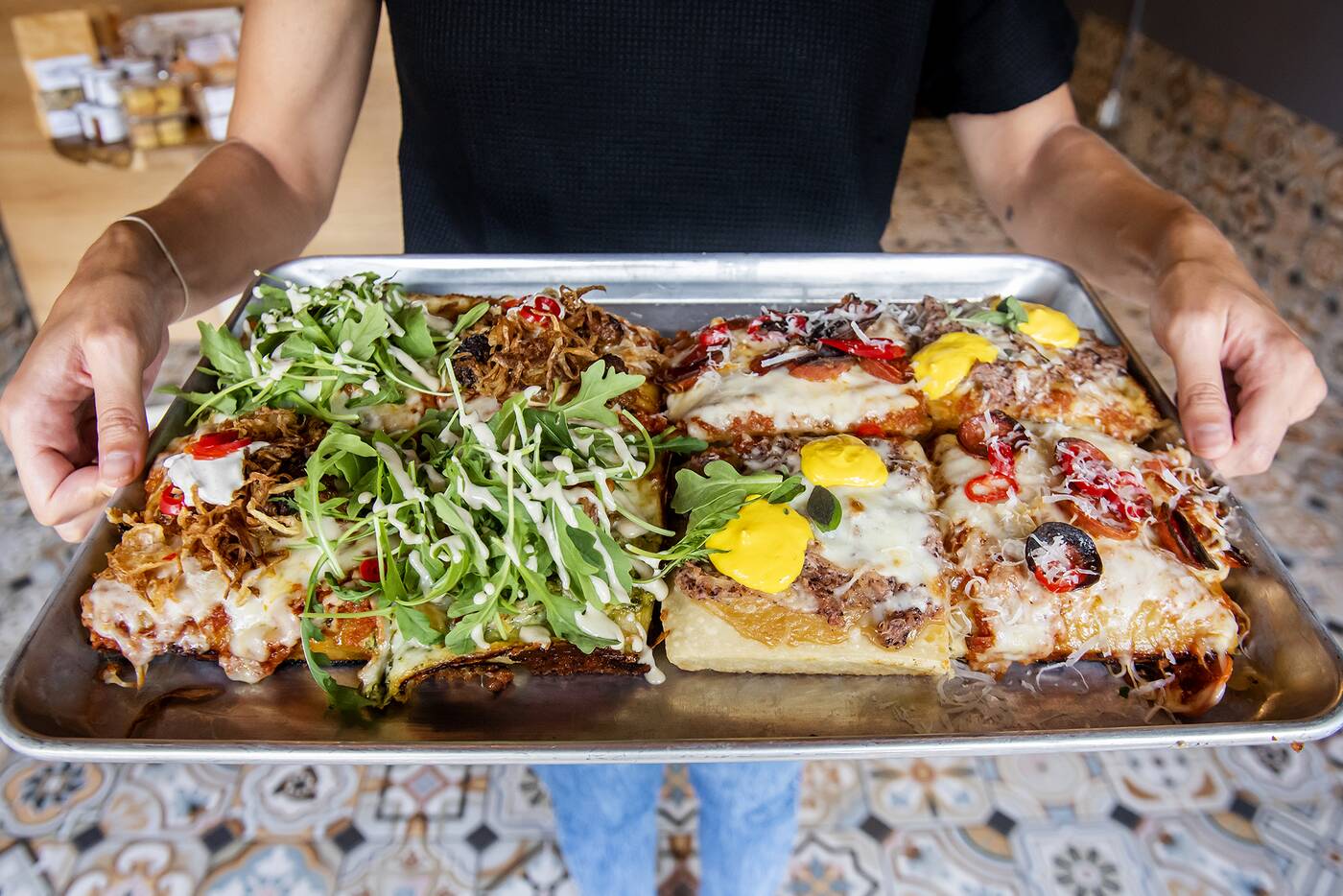 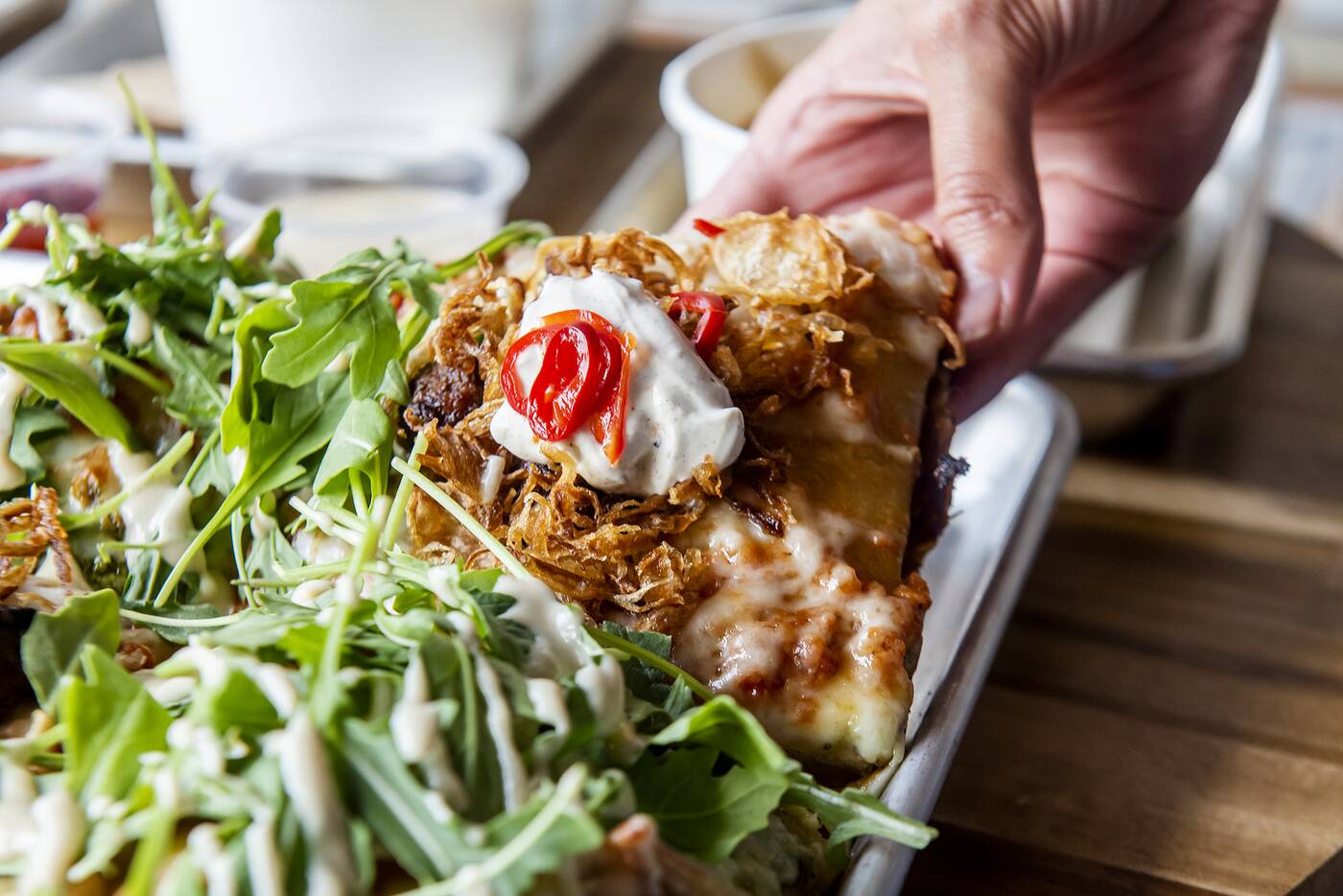 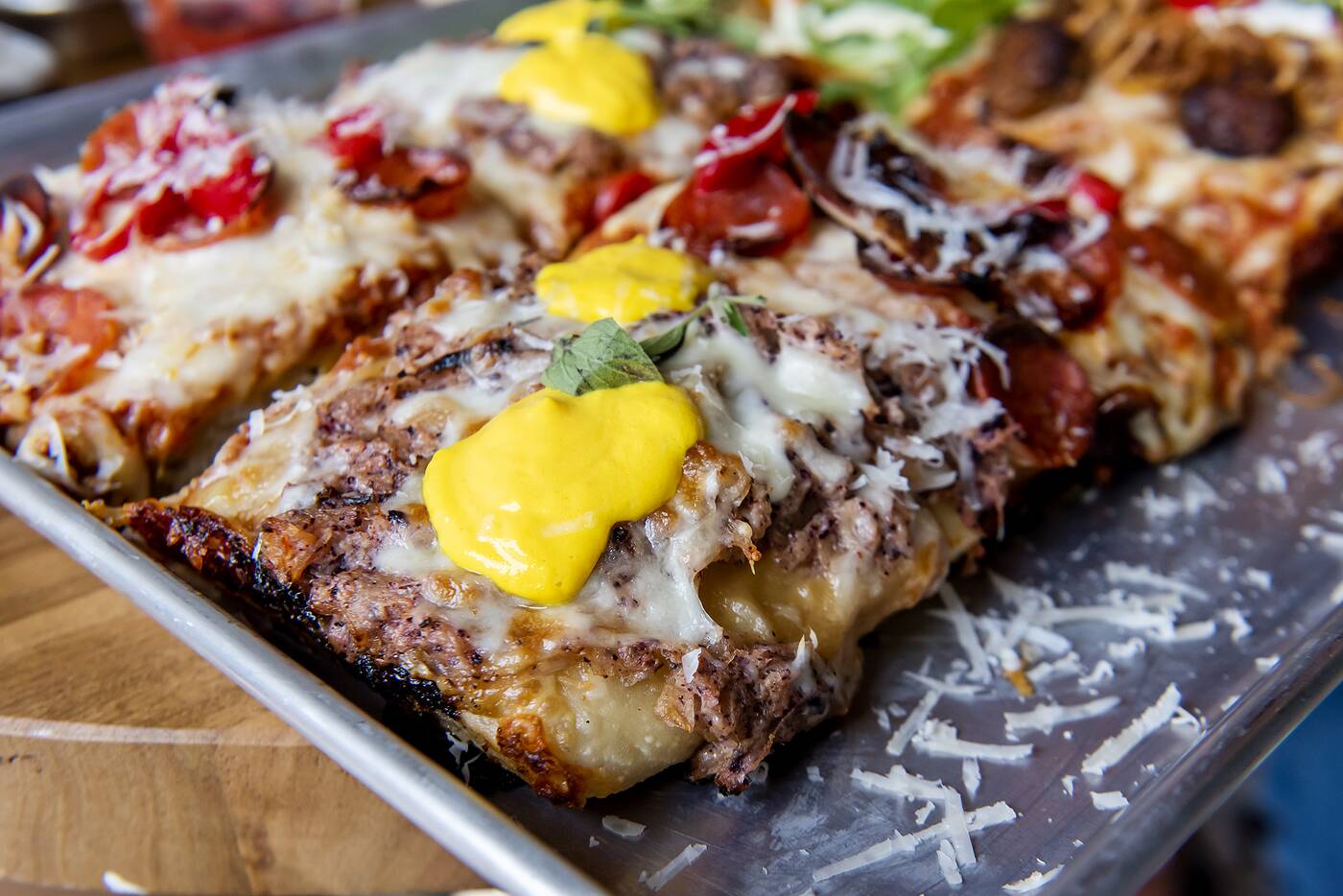 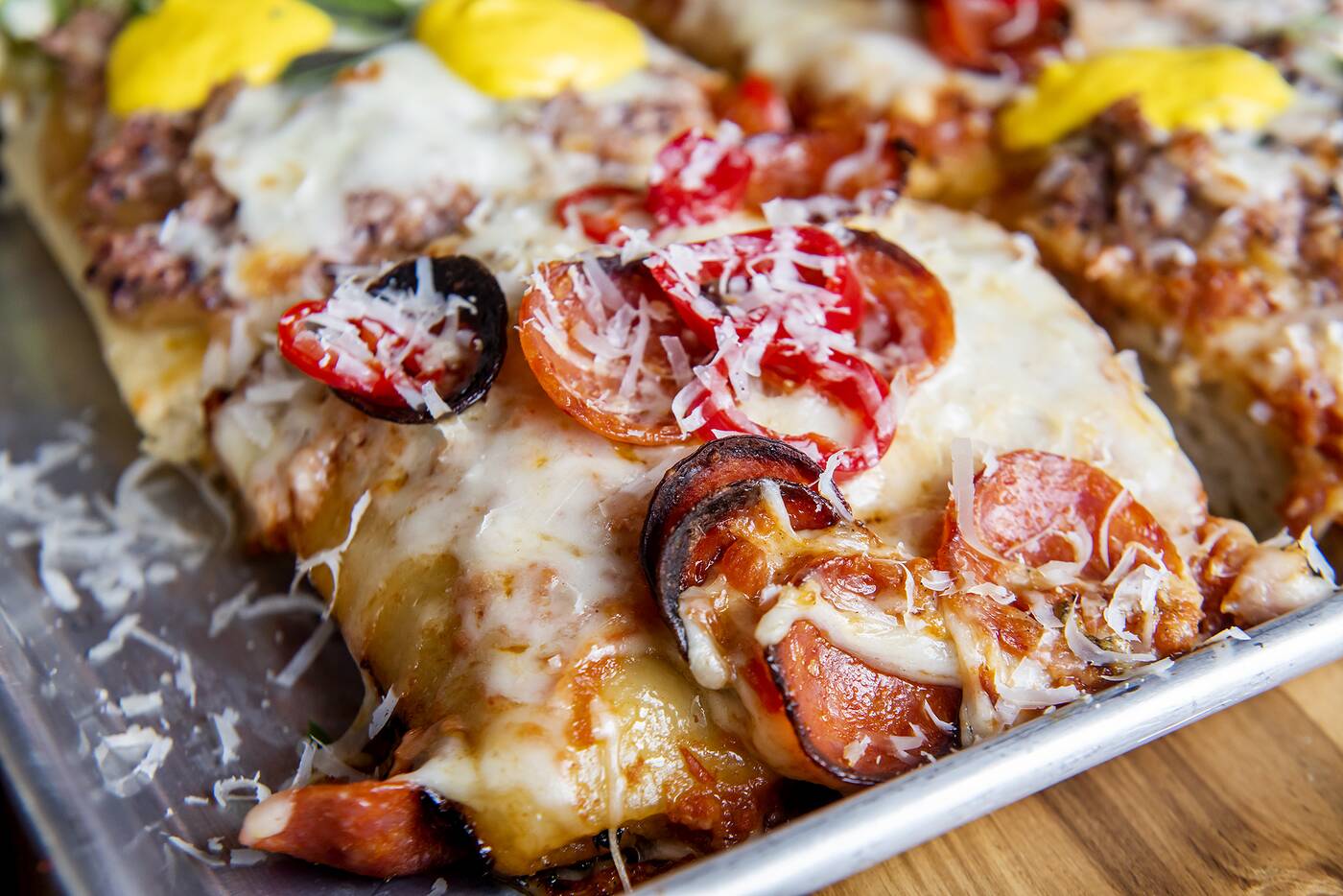 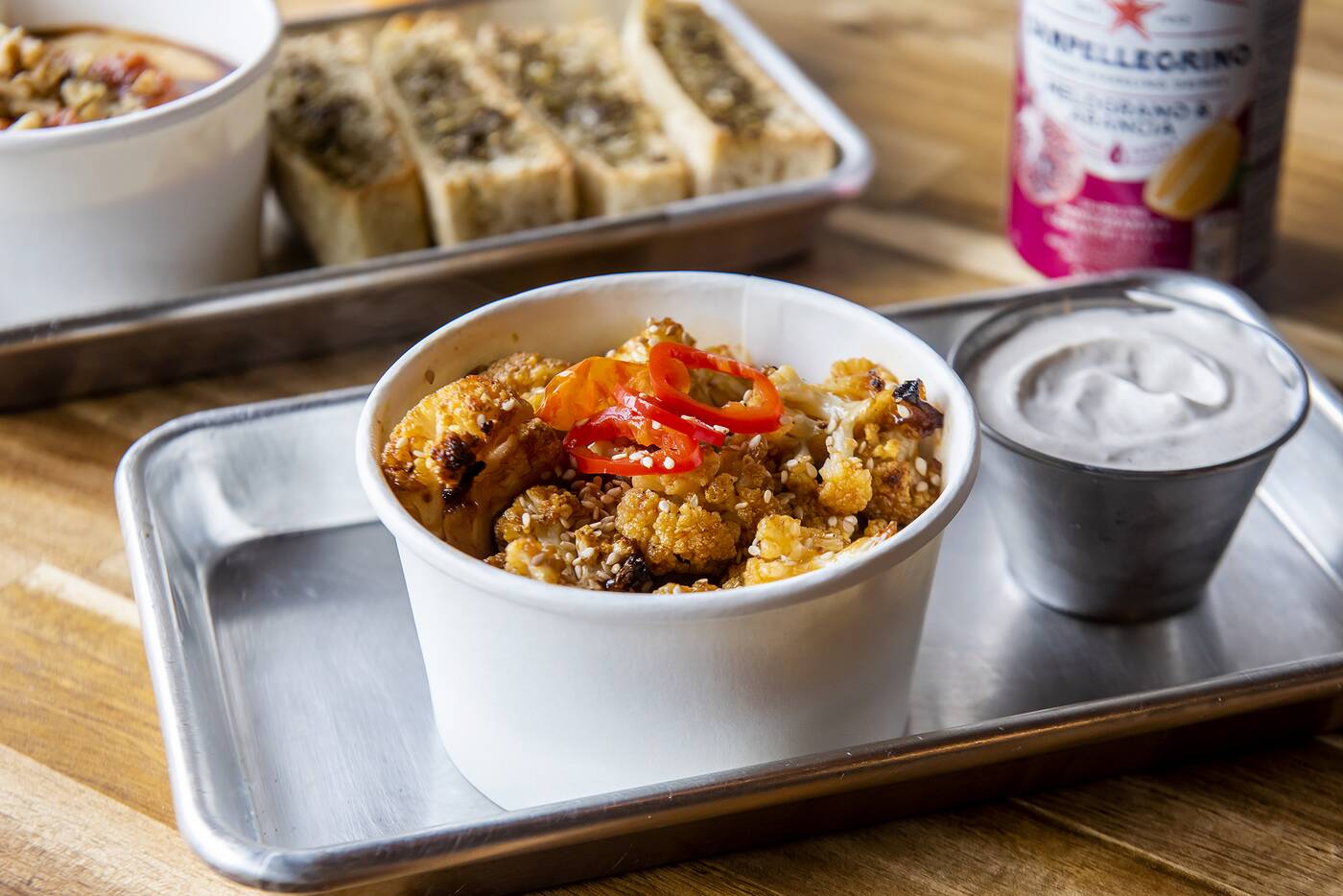 Besides the pies, there are a few entrees like the sweet and smoked honey butter harissa cauliflower ($ 8) served with a creamy seven spice dip on the side. 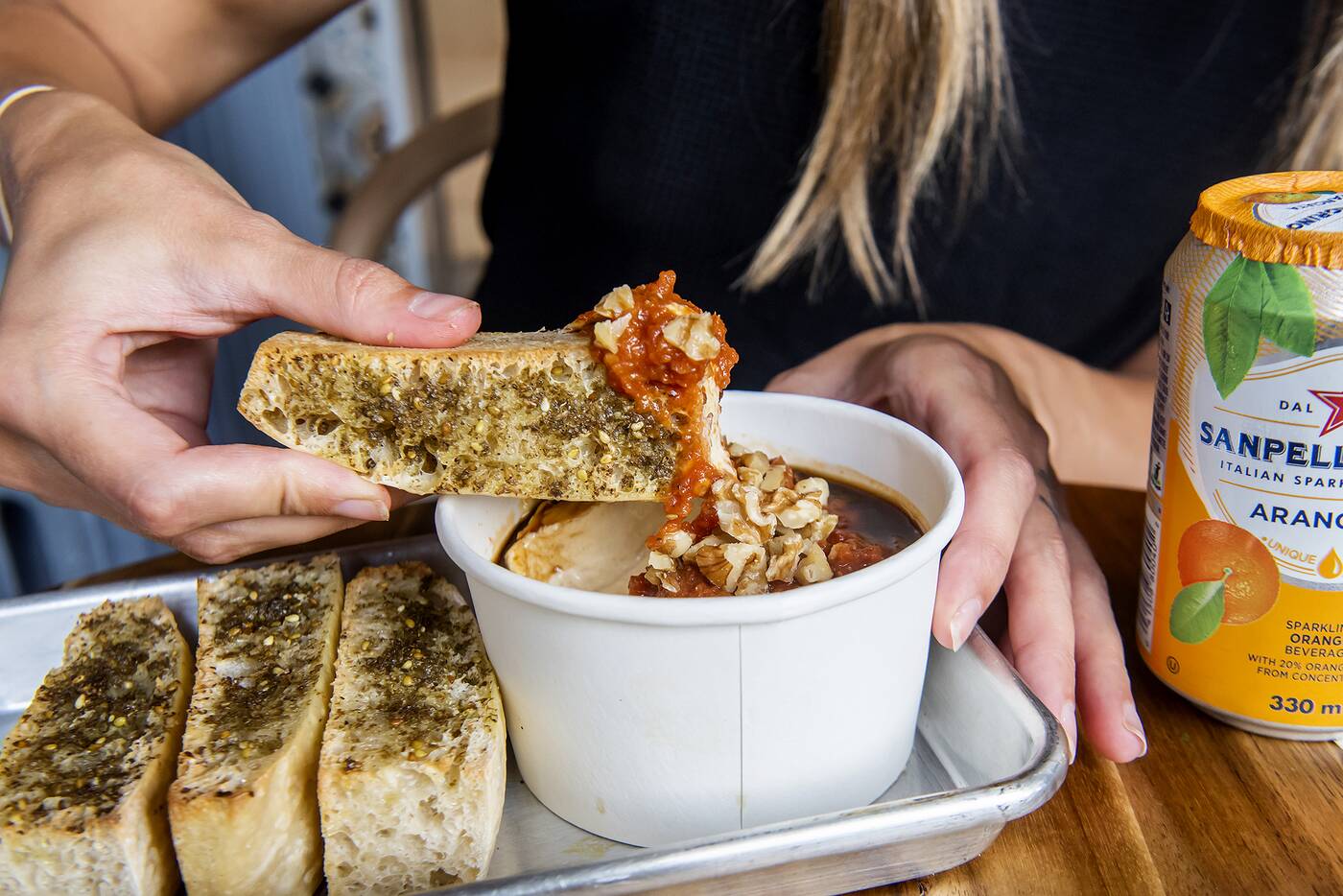 Three different types of vegan hummus are prepared on site and served with fresh zaatar and garlic-sprinkled focaccia each time. We go for the Rossa hummus ($ 8) topped with muhammara (a red pepper dip) and nuts, and it doesn’t disappoint. 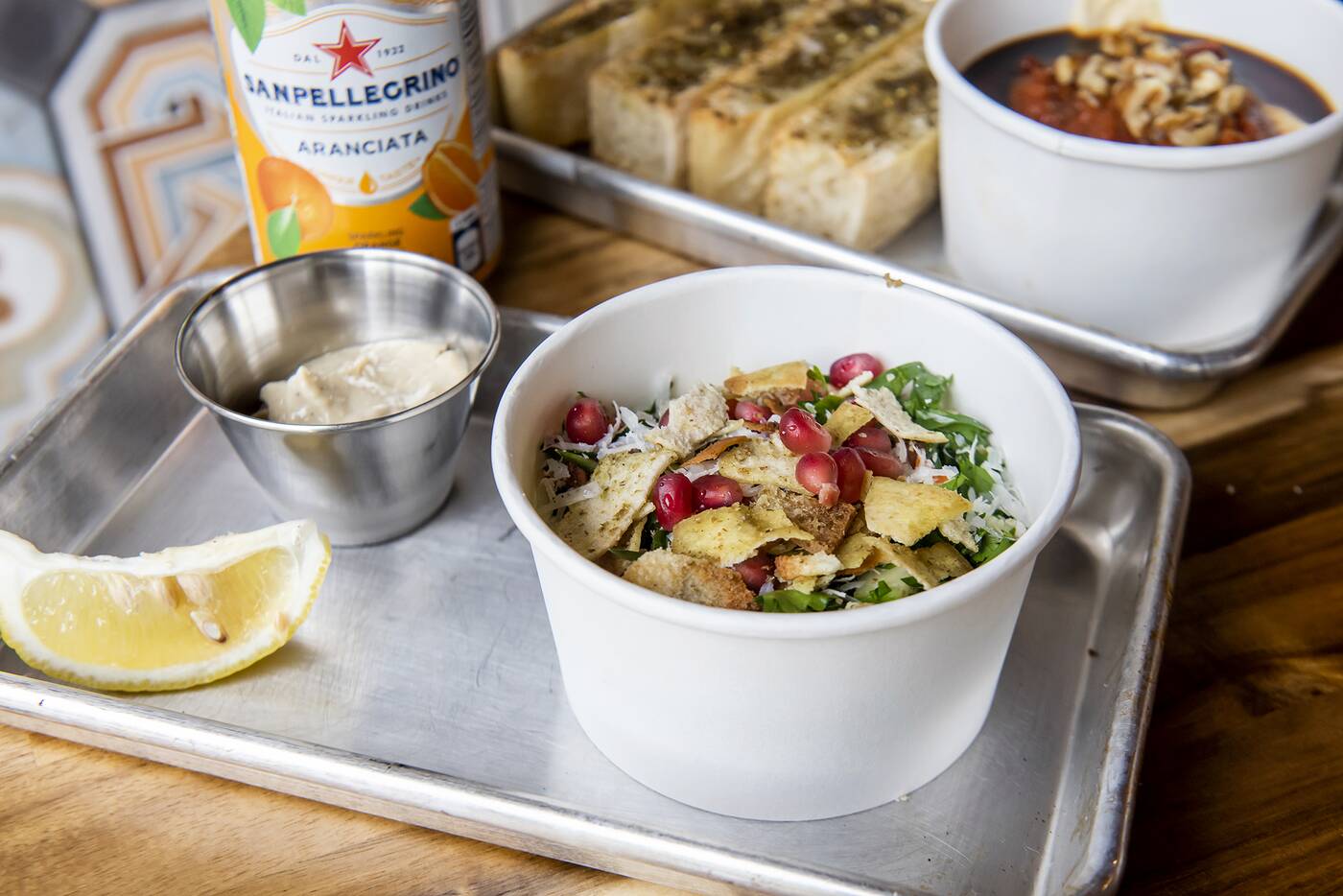 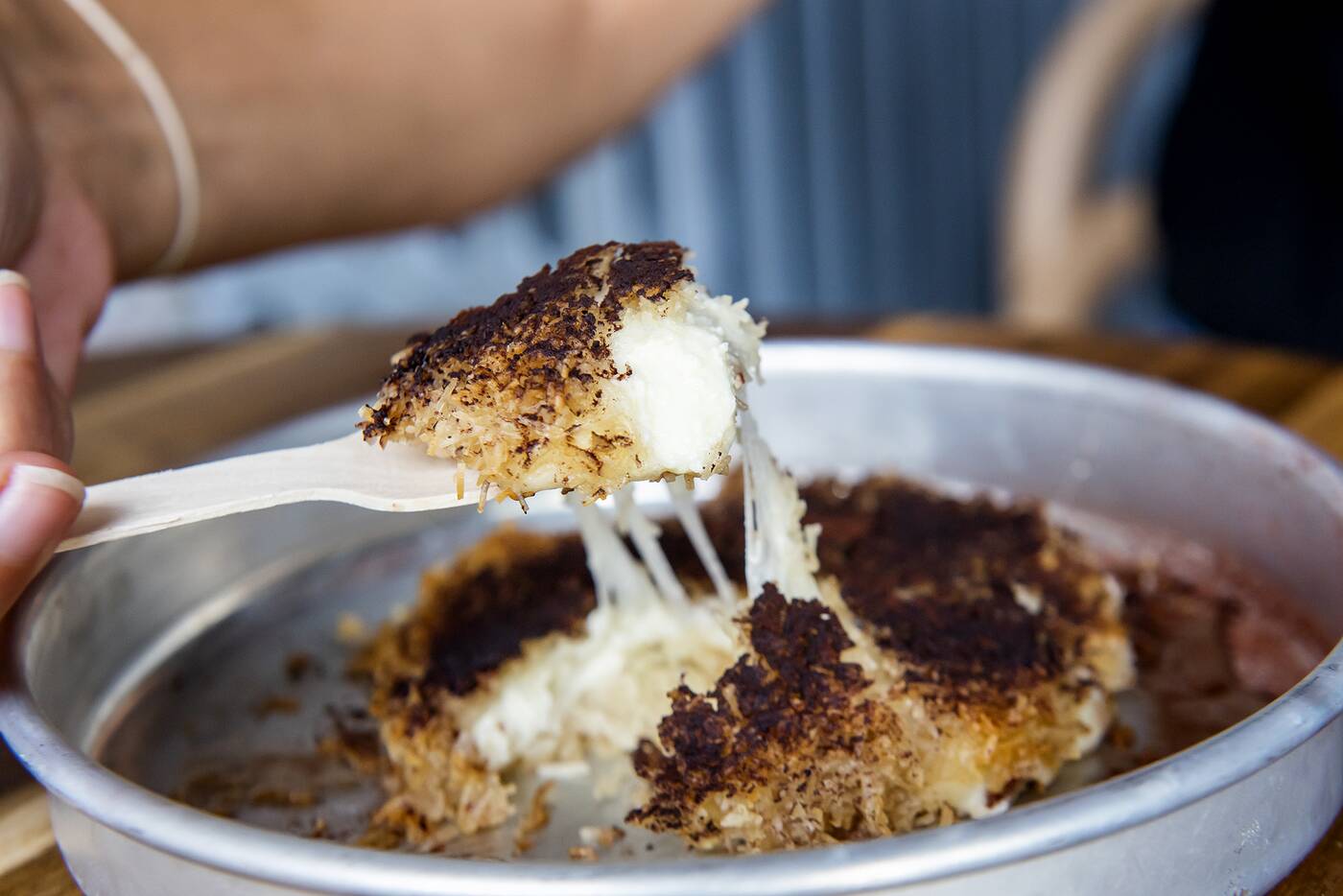 For those with a dessert stomach, the tiramisu kunafa ($ 8) is an epic fusion, though it could have been slightly more cheesy and creamy. It is made with Akawie cheese, mozzarella, mascarpone, espresso syrup and sprinkled with cocoa. 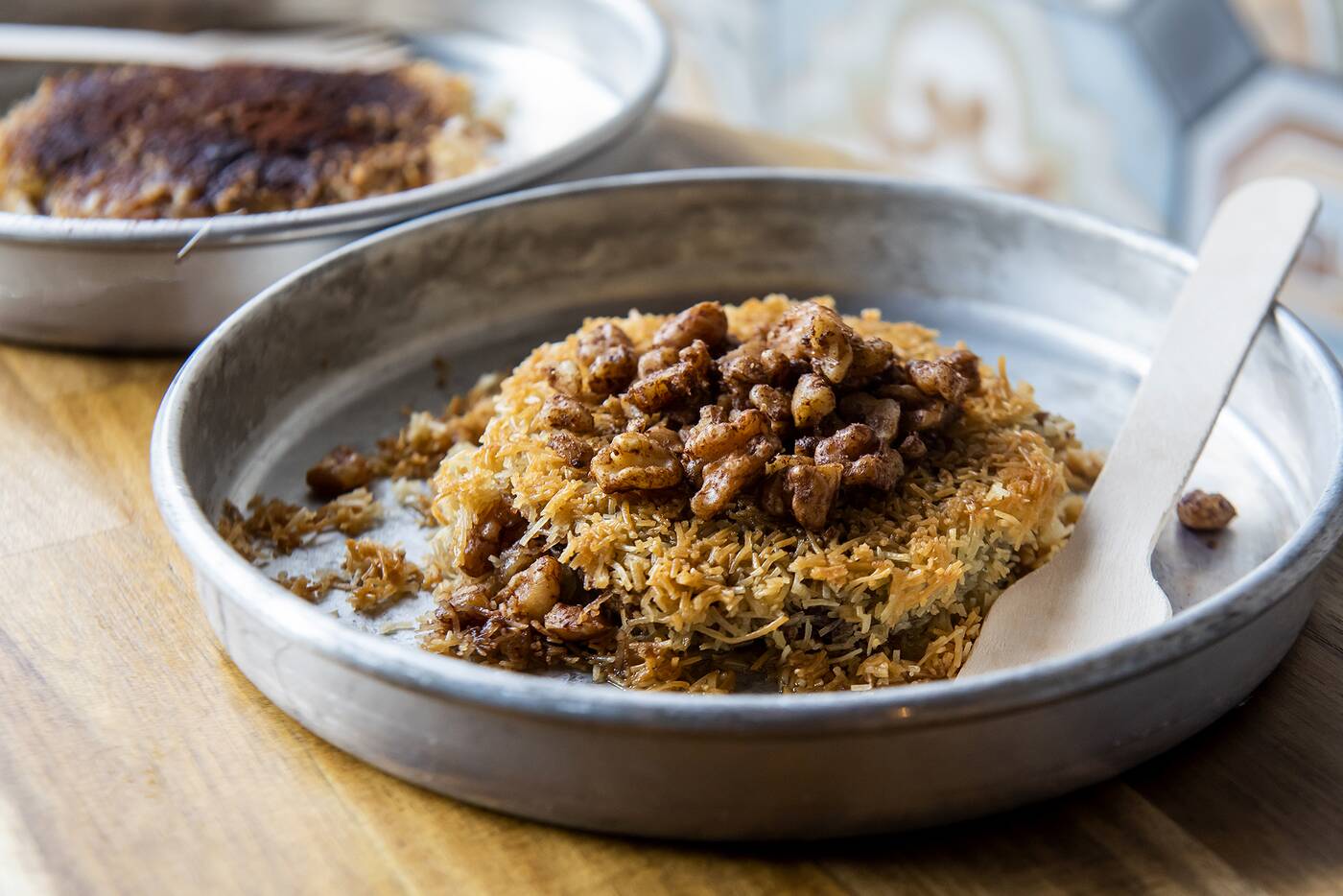 Or there’s the not really kunafa kunafa ($ 8) with nut, sugar, cinnamon and honey syrup which is delicious, even if it departs from the traditional recipe. 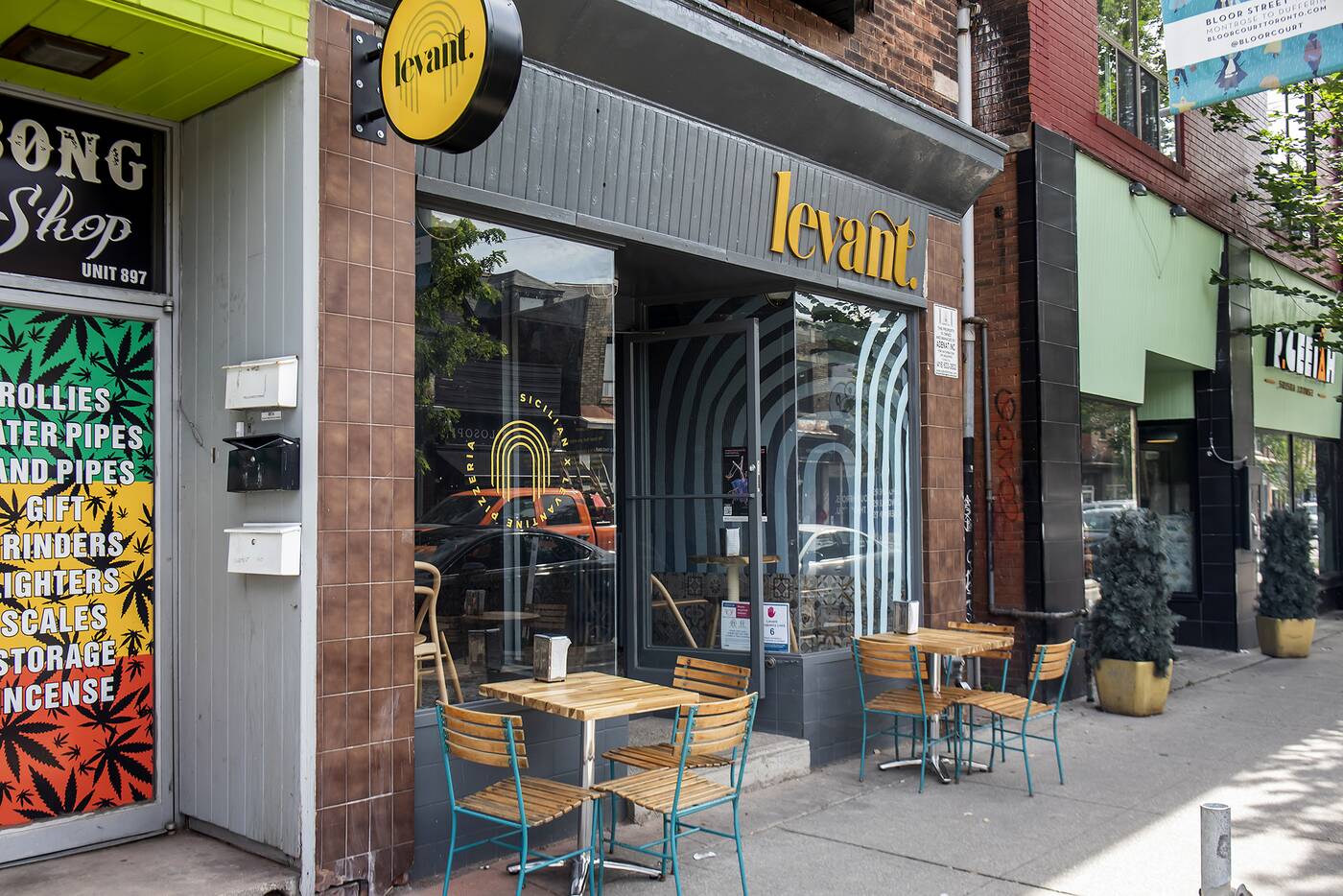